Before we go in the details of these geometric art drawings, let’s have a glimpse over the life of the artist we are discussing right now. Who is Andres Amador? Well, basically he belonged to San Francisco, and got education as an environmental scientist. He was inclined towards the ancient geometric art patterns. He was actually studying different art patterns drawn with stick, they suddenly he realized that he can actually draw these enormous designs in sand. His very first creation is dated back to 2004 on ocean beach in San Francisco. Here we have got some precious images of his master art creations on different beaches. 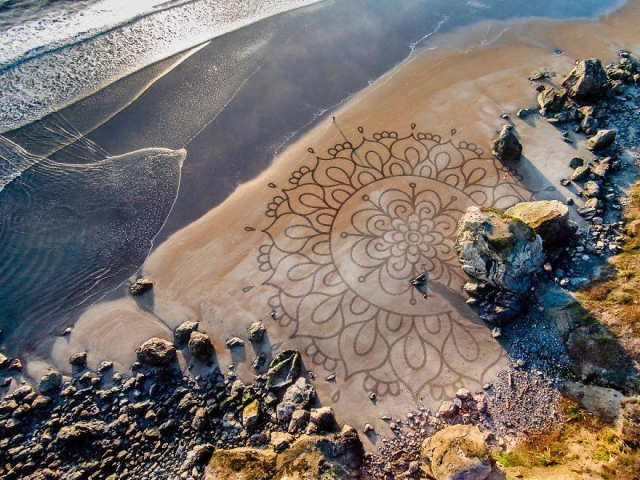 Andres has done most of his work on the beaches in united states, Mexico and the channels islands. He has almost chosen thirty beaches and demonstrated this short period art work that has been capture in the eye of the camera and has become immortal. 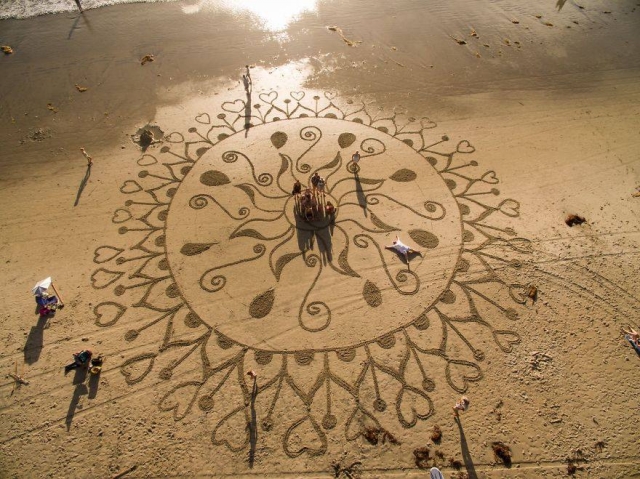 Andres basically works on two types of patterns, one is obviously geometric, and the other one could be named as free pattern or organic. And the tools that he uses while his work are some similar to rakes. Just imagine his expertise, how he managed to draw these tremendous sketches within hours just using his hands and some organic tools. 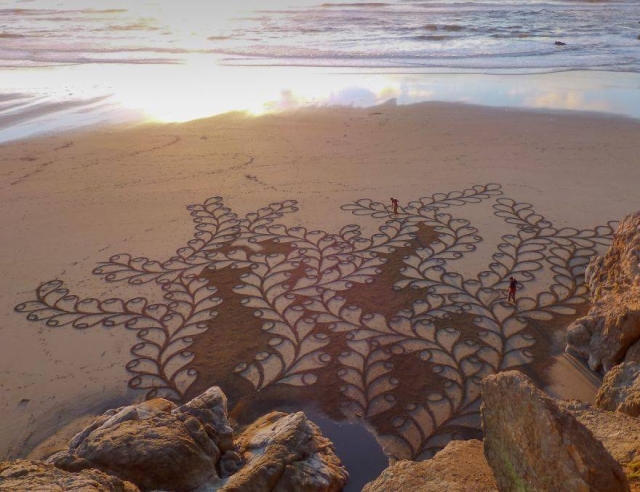 Just have a look on this shadowy sketch drawn on the sea shore, waves and curves lying on the beach are a language literally. I think Andres wanted to convey that life is beautiful, he wanted to reflect that the things you enjoy should be shared with others as well. 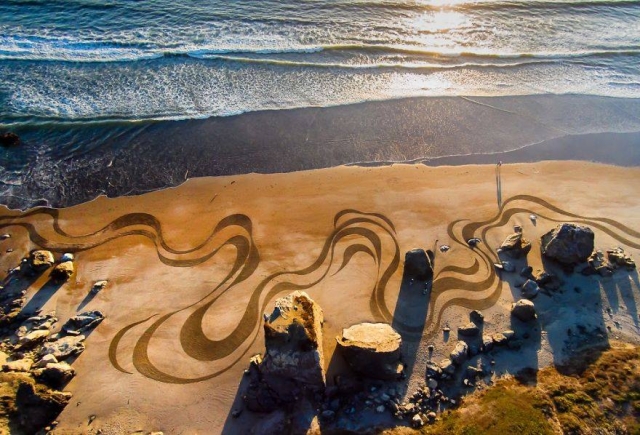 Having a distant look of this organic or free pattern, one might confuse it with a lethal long snake but actually this is the art work of great Andres. This is just his way of expressing life. 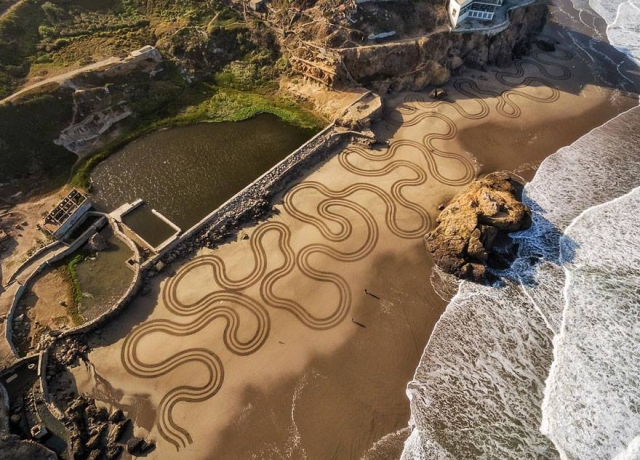 Such art patterns are pretty common in Asian art crafts, and that’s where he borrowed his idea from. Just have a deeper look on this art pattern, this can’t be described in words but it can be felt. There lies s strange calmness in the drawing. 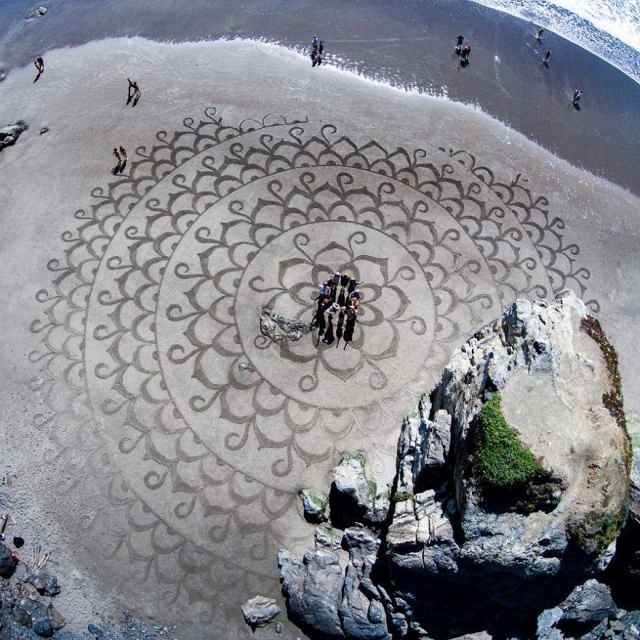 All the scientists be attentive, this one seems to be the theories of those boring scientists and some proton neutron kind of thing, pardon me I am not that good in sciences at all. But the thing is that how come he manages to create such widespread sketches in a couple of hours. I think that’s his specialty, that’s what makes him distinguished. 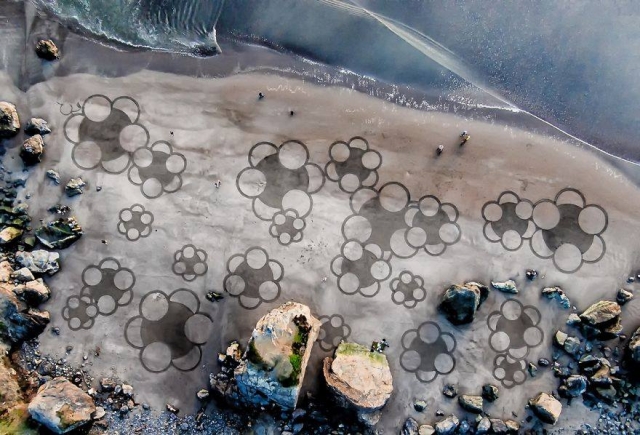 Wow, this is something like ornamental reflection, isn’t it? There’s already beauty in bulk in the view, and I think it is even escalated with these geometric drawings by Andres. You would like to have a selfie while standing right in the middle of this great art drawing. 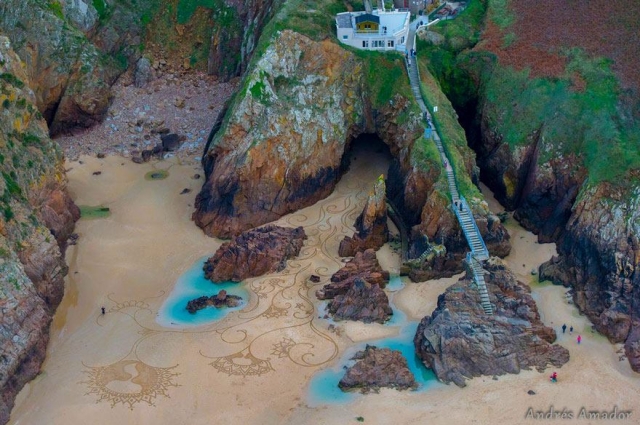 This takes a lot of courage to get to such wild sites, sometimes they are just so terrifying with sky high hills and shouting sea waves, but Andres has decided to give peace and calm to such horrific places with his organic art sketches which totally change the impact of scene. 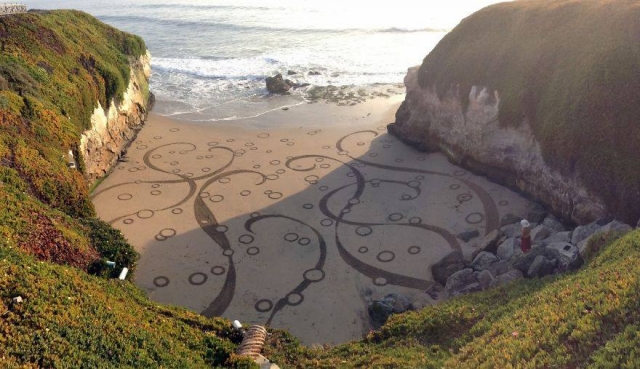 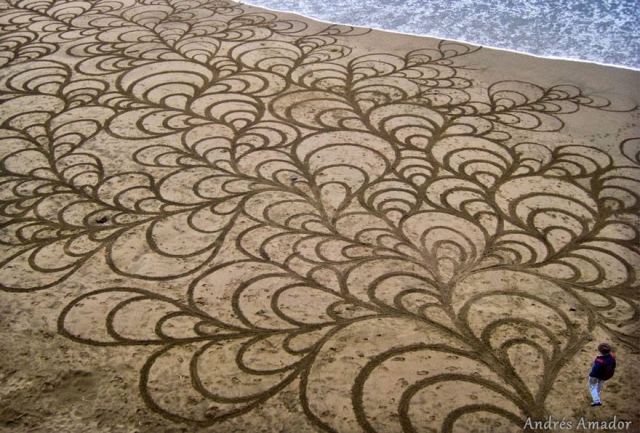 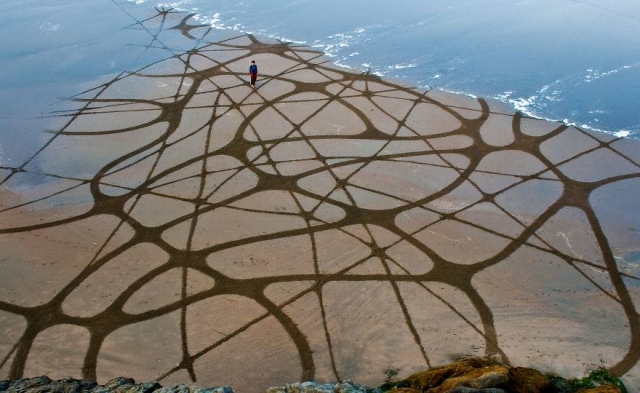 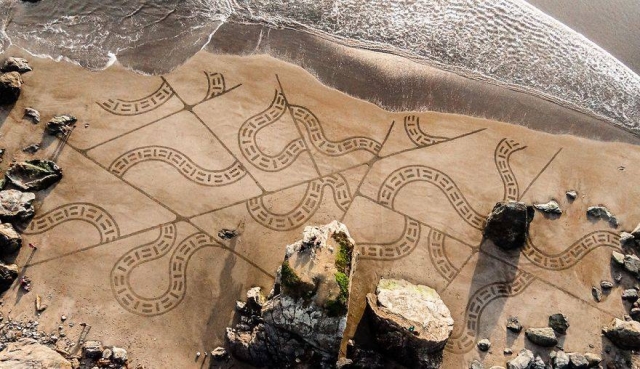 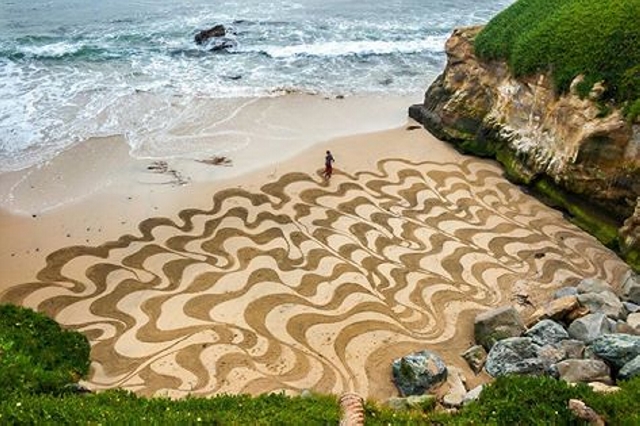